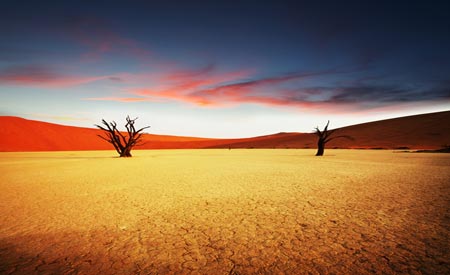 The southern African country of Namibia gained independence from South Africa in 1990 and is a member state of the United Nations, the African Union, and the Commonwealth of Nations.

Bordered by the Atlantic Ocean to the west, Zambia and Angola to the north, Botswana to the east, and South Africa to the south and east, Namibia is characterised by its stark desert landscapes intermingled with a bustling coastal community. Here are 5 reasons (of many more!) to visit Namibia immediately.

The German Architecture of Lüderitz

Nestled on the rocky peninsula between the inhospitable dunes of the Namib Desert and the icy Atlantic Ocean, Lüderitz relished in prosperity in the early 1900s, first as a base for the Shutztruppe – colonial troops of Germany’s territories – and later as a port for the diamond prospectors arriving from Germany.

As a result, Lüderitz is a prime example of German colonial architecture and a stroll down Diamantberg Street will lead you to Goerke Haus which has been turned into a museum.

The Desert-Adapted Elephants of Damaraland

Frequently spotted wandering along the boulder-scattered Aba-Huab, Hoarusib, and Hoanib river valleys, Namibia’s renowned desert-adapted elephants use their trunks to dig holes to reach water sources lying beneath the sand of the mostly dried-up rivers.

The Skeleton Coast by Air

The Skeleton Coast National Park is approximately 40km wide and protects one third of Namibia’s coastline. As much of it is impossible to reach by road as vehicles are not permitted into the section north of the Hoanib River, the Skeleton Coast’s wild landscape is best viewed from a low-flying plane.

The average Skeleton Coast flight lasts approximately 3 hours and you’ll be able to take in the dried-up riverbeds, moonscapes, inexplicable rock formations, and the beached shipwrecks after which the coast was named. 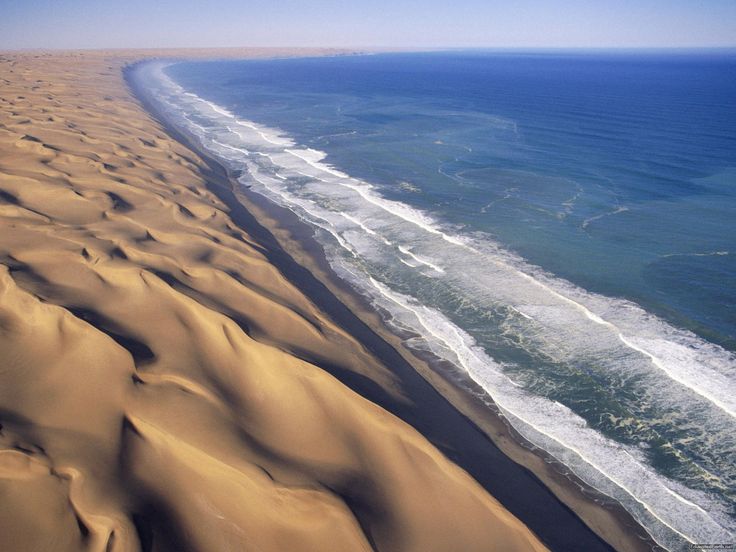 The Okaukuejo Waterhole in Etosha

The numerous waterholes of the Etosha National Park are the perfect place to park the car, keep quiet, and watch the intriguing happenings of the lush wildlife and birds.

Within the park, all the camp’s waterholes are floodlit for night-time viewing, but Okaukeujo is by far the most magical of all.

Considered to be one of the best places in Africa to view the black rhino, you may just find yourself lucky enough to spot the solitary-natured creature as he gently laps the water.

The Ghost Town of Kolmanskop

Namibia’s first diamond was discovered near Kolmanskop in 1908, which prompted a rush of prospectors from Germany who enjoyed the abundance of gems.

The town flourished on the back of this immense wealth, building luxurious European houses, but once larger diamonds were found in the Orange River in 1936, Kolmanskop was abandoned and left to the mercy of the desert. Today, this ghost town is home to many eerie, sand-filled mansions.