South Africa is known for its rugged beauty, both inland and on the coast. Its mountains are awe-inspiring, as is its wildlife. In this particular article, we take a look at its beaches, however. Many of the beaches in South Africa can boast the coveted Blue Flag status and attract thousands of happy visitors each year.

Blue Flag status is awarded by the Foundation For Environmental Education to beaches which are particularly pristine.

Although not the warmest beach in the world, Clifton Beach in Cape Town is none the less one of the most popular beaches in the country. Great granite rocks flag either side, creating a blue bay between their protective outcrops.

The sea is usually calm, and thus not great for surfing. The water is quite cold, so be prepared. The atmosphere, however, is spectacular. Glamorous people drape themselves all over the sand, sunbathing or taking a dip in the sea.

Behind the beach is a trendy area with restaurants and bars which spill out onto the beach in the evenings, alive with the sounds of laughter and conversation. Clifton is the beach to go to if you want atmosphere, people, and fun; filled with entertainment such as live shows and even FIFA World Cup betting.

This semi-tropical beach can be found on the east coast in Kwa-Zulu Natal. A long boardwalk and some quite good waves offset the warm seas and extensive white sand.

This beach is good for bathing, (both in the sun and in the sea) as well as sports such as body boarding and fishing off the boardwalk.

Another Cape Town Beach, this little gem is a bit more hidden away than others in the province are. Llandudno is possibly one of the best sundowners beached in the world.

Pack a picnic, and watch the sun set in all its glory over the blue waves. Like Clifton, this little beach is flanked by granite boulders, which gives you a great sense of intimacy. 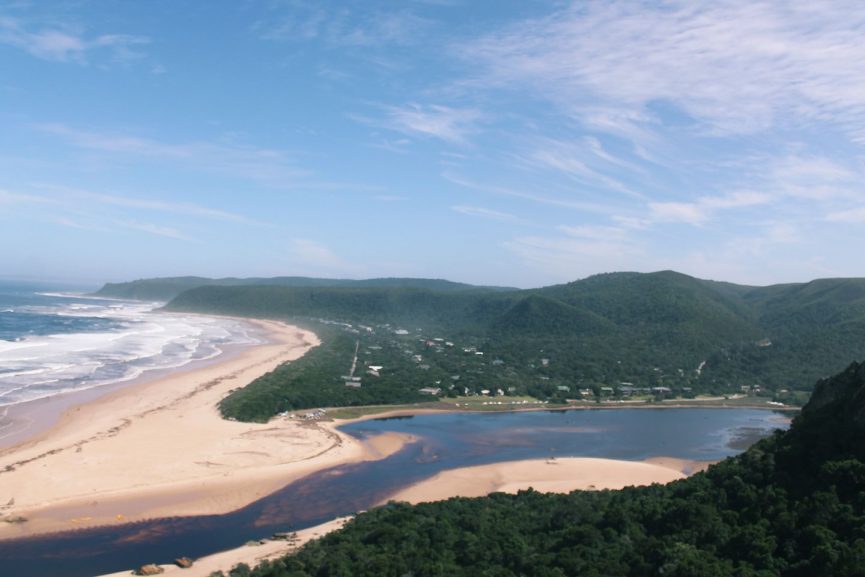 Tucked away from the main road on the Garden Route is a little town called Natures Valley. When I went there as a child, there were only a few house and one shop for supplies. These days the houses have multiplied, but it still remains a little remote, quite wild, and totally beautiful.

Sand dunes covered in succulents back up a long sweeping beach with white sand and sharp black rocks. The sea is quite warm, and you can bath in it as long as you are aware of tides and possible sharks. Fishing is great in both the lagoon and the sea, as is hiking in the surrounding forest.

Right up at the most northern part of South Africa, just below Mozambique is another small town called Kosi Bay. Here you can find another sweeping beach retreating into large dunes covered with vegetation. The water is much warmer here, and is a popular spot for divers.

Both dolphins and whales are regular visitors, especially during the cold months when the great humpbacks and smaller Southern rights migrate past on their way to their calving area. Y

ou will need to have a 4×4 vehicle to get there, but that also means that peace and quiet are guaranteed.